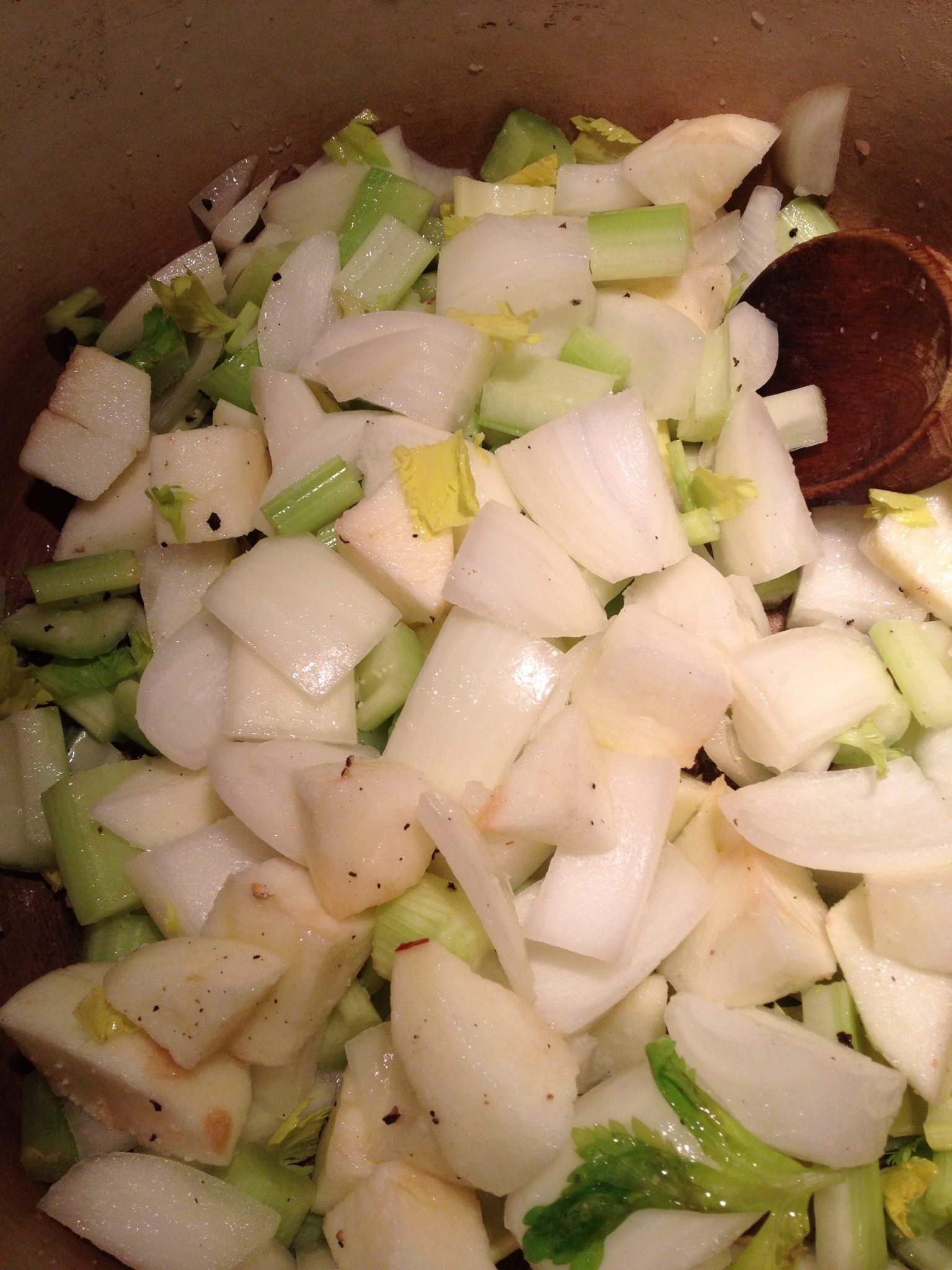 This soup offers the neatest tricks: it is good for you, is easy to make, and has a short ingredient list: butter, celery stalks, onions, apples, celery root, bay leaf, thyme, stock. And if that weren’t enough, when I tasted it for the first time, I thought : ‘oh yes, celery, so lovely and familiar’, but the flavors swirl and show a few more layers and I wanted another spoonful, and then cleaned my bowl, lapped my spoon and proceeded to share samples with a few friends. I am now making another batch this week. Thank you my favorite Dorie Greenspan for this! Here is a 2009 link to her recipe: http://doriegreenspan.com/2009/01/snow-again-soup-again.html

In with the new

I recently got my first Japanese cookbook and was tickled to have a new list of recommended condiments to acquire. Walking into HMart (our huge and well-stocked Asian marketplace http://www.hmart.com ), one can literally feel transported to another continent in the most wondrous way. Searching for a Japanese soy sauce, I was overwhelmed suddenly by the choices: Japanese, Chinese, Korean, and Vietnamese soy sauces, and of course even in just the Japanese section there are scores to choose from. Selecting one in a glass jar about mid priced range, I felt comfortable I had found something my cookbook author, Harumi Kurihara, would approve of (http://www.yutori.co.jp/en/about_harumi/). I also bought sushi rice, sesame oil, mirin, katsuobushi (dried fish flakes), rice vinegar, soba & udon noodles.

Before even starting my first flagged recipe, I had to do a taste test. I had a bottle of a very well-known soy sauce in the fridge and poured a tablespoon of it into a bowl, and in another bowl, a pour of my new one, Yamasa. The one from my refrigerator was classic salty soy sauce. Then the Yamasa: I nearly swooned. It was so clean and fresh, definitely soy but altogether less salty tasting. I had a flashback to my first taste of sushi when I was 19 years old and was blown away. Though I grew up being taught to never throw anything out (especially food), I immediately poured what remained of the old bottle down the drain. I had a new soy sauce.

The same thing happened with my sesame oil. I had a newly opened bottle from a beloved marketplace chain and had used it happily in simple noodle dishes before (read: ignorance is bliss). But again with the small glass bowl taste test: these two items, the old and the new, were not even in the same world. The new sesame oil has a scent that fills your lungs, bold and sweet and utterly lovely.

So, it’s another friendly reminder to be sure your ingredients are not only fresh, but if possible, are as authentic as possible. It can change your whole palate. And probably your onigiri, which are rice balls with ground chicken that are popular apparently with the young and old for their packed lunches and which I will be trying next…